There are many ways to interpret what’s actually going on with me. I know for sure I’m having a lot of sickness – a sickness one might label as depression. It’s like I am literally sick of a lot of things in my life. The only thing I’m satisfied with are my relationships. Everything else, I’m not. In particular, I’m sick of all my health habits and my career. Sometimes I feel so sick of it , I can’t get myself out of bed. Sometimes, I literally do vomit. It’s crazy. It would be easy to label myself with depression and go to psychiatrist.

But there’s something happening here that I don’t think a psychiatrist could quite diagnose, and its been happening for a long time now. It’s a new inspiration to live life. It’s a glowing beauty, one that I can’t explain to anyone. I can’t always see it of course: but when I do, it’s so vibrant. It’s one I used to only be able to see in my dreams- but now, it’s happening all around me. My dreamworld is manifesting in reality.

If I am depressed, why do I feel so damn happy at the same time?

There are multiple times I see this….energy, and I look around me, and I don’t understand why no one else can see it. I want to tell everyone to open their eyes and LOOK, but how can they, when its something I can’t even see all the time myself? When it’s something I can’t technically see. I feel it, but not in a way I’ve felt anything else. It’s a sense I can’t place into words. And it isn’t just unique to me. I’m realizing that millions of people in the world can also feel it.

Ever sense I saw it, even though I can’t pinpoint exactly when I saw it, it has caused me to have complete depression. Because once you see it, you can’t unsee it. I can’t go back to my old habits. I can’t ever go back to who I was before. Each time I feel myself indulging in an old habit, it physically hurts. I know I can’t keep going like this.

Note I’m calling it an energy. I have no idea what else to call it. I could probably call it anything I wanted, since it’s something that has no physical manifestation. It’s like gravity. No one knows what gravity is, we just kind of know what it does.

Leaders of all kinds use this energy.  Let’s take spiritual leaders for example. Have you ever actually wondered how the hell one person could just create a religion out of thin air with no scientific backing whatsoever, and then have millions of people follow it?  It happens all the time, all around us. It’s an energy that is charismatic. And it appears that I have that energy inside of me. It’s just been dormant.

I keep finding myself depressed, wishing I could unsee it.  I know I have a long journey ahead, and it’s a gruesome one. My body currently can’t handle this energy. It’s taking forever to adjust. I have no idea if it ever will adjust, because I might just be batshit insane. But part of seeing this energy is realizing that I am in fact sane. My thoughts create my reality, so if I decided right now that I was not crazy, then guess what would happen? I would think I’m not crazy.

Another way I like to describe this is by using the “third eye” metaphor. I like that symbol a lot , because that is what this is like. As if a third eye is opening in my head. I’m seeing some sort of energy that no one else can see. I’m seeing…my own mind.

It all just seems so simple in theory. If we could all observe our own minds, from a third outside perspective, what would happen? What power would that give us? And that is exactly what I’m discovering. I just feel like I’m only at the tip of the iceburg, and there’s so much more I’m not seeing. I’m still standing at the beginning. There’s so much more.

I’m seeing everything. That is the best way to describe it. Did I mean for this to happen to me? Not at all. All I did about a year ago was watch a video on YouTube about the double slit experiment. I just thought it was nuts, so I dived more in depth to figure out if I was actually interpreting it right. Then I couldn’t stop thinking about it. Then I went on a trip where I stayed in the jungle for 2 weeks. Then I sat on a meditation cushion at a temple. Then the person I was in love with, who I didn’t think would ever fall in love with me, decided to be with me. And now I’m off my medication, I just had surgery, I just gave up my career, and I have literally no idea just what the fuck is happening to me.

I see how the world works. I never realized it before, I never saw it before…and I still feel like I only see a little bit of it. There’s still so much to learn. I’ve discovered that I’m limited to my perspective of the world: that however I chose to see it, dictates exactly what it is. Right now, I’m choosing to see it with curiosity, as if I’m a child. And it’s causing me to see beyond what I ever thought I could.

Doors just keep opening everywhere, and I’m frozen still, not sure what one to pick. I’m trying to calculate what door is right, but I know I need to go through lots of them, because none of them are right. They are just paths. There are so many paths in life. And I can take whatever one I want. I never had that power before. That power comes with seeing this energy, or opening your third eye, or whatever you want to call it.

Each path- not one has more merit over the other. You can create your own merits, using your own reasoning, but you know that it’s nothing more than that. In reality, it doesn’t matter. Nothing matters, so do what you want !

Its completely overwhelming me, and its also depressing me. Life would technically be easier if there were only a few paths to take. And that is what a lot of people do- they pick a path and walk it, completely satisfied like that. I’m depressed because I can’t go back to that easy way of life. Even if I said tomorrow, “Fuck I’m sick”, and decided to go back on medication to numb myself and turn off all these spiritual revelations, I wouldn’t forget what I saw. I wouldn’t forget what I wrote here. It would just eat me alive until I did something about it. So I have no choice. I have no choice but to do something with this vibrant energy that I see. And this energy that I see…it’s all inside of me. It’s bursting out at such strong intervals, my body can’t handle it. I can’t wait to see if this is actually a spiritual awakening, or if I really am just sick. I don’t know, but I do know this: I’m feeling quite excited to be taking the journey to find out. 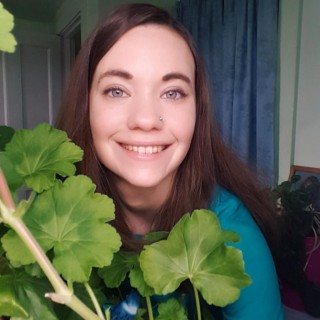 I've healed through what may be labeled as a "Spiritual Awakening". Now I'm exploring life with a new set of eyes. This is my journey.